প্রথম পাতা › মুভি › The James Bond Movie List – of all James Bond movies, in chronological order with the most recent movie first

The James Bond Movie List – of all James Bond movies, in chronological order with the most recent movie first

The James Bond Movie List – of all James Bond movies, in chronological order with the most recent movie first:

The latest Bond film is scheduled for release October UK, November US, 2012

Bond’s loyalty to M is tested as the past comes back to haunt her.  With MI6 under threat, agent 007 must track down the threat, at great personal cost.

2008
In an action packed film which is a sequel to the 2006 film Casino Royale, James Bond 007 seeks revenge for the murder of his lover.  Agent 007 once again battles evil to stop an environmentalist taking control of water resources in Bolivia.
A vintage Douglas DC-3 provides the setting for an action packed flight scene.
The film is based on a short story written by Iam Fleming as part of the novel For Your Eyes Only, in 1960.  The film of the same name doesn’t contain the story.
Stars:
James Bond : Daniel Craig (2nd movie appearance as agent 007)
The Bond Girl:  Camille Montes, portrayed by actress Olga Kurylenko
The villain:  Dominic Greene, member of Quantum, played by Mathieu Armalric
MI6 agent Strawberry Fields:  Gemma Arterton
Felix Leiter, CIA agent:   Jeffrey Wright
M:  Judy Dench
Directed by: Marc Forster
Produced by : Eon Productions
Filming on location in:  Mexico, Panama, Chile, Italy, Austria, Wales and Pinewood Studios.
____________________________________ James Bond Movie List #22 ______________________________________________

#20 The World Is Not Enough

#9 The Man With The Golden Gun

#6  On Her Majesty’s Secret Service

#2  From Russia With Love

also called Ian Fleming’s Doctor No in the UK

Released in 1962.
Sean Connery starred as the first ever James Bond in this original movie.
Ursula Andress starred as James Bond’s female companion named the Honey Ryder.
The classic movie villain, Dr No, was played by Joseph Wiseman.
Directed by Terence Young.
Soundtrack: Under the Mango Tree
Filmed in Jamaica.
Technicolor, 110 minutes
British Secret Agent number 007, James Bond, is sent to Jamaica in search of a missing secret agent. His search leads him to suspect the reclusive and mysterious Dr No is attempting to stop the US space program.
Based on the novel by Ian Fleming.
Won the Golden Globe Award in 1962.
News: This film has been digitally re-mastered and released on DVD. If you’re a James Bond movie fan, it’s worth considering the DVD boxed sets as they have much better sound and image quality than the originals.

A Poor Servant of Almighty🙂

This site uses Akismet to reduce spam. Learn how your comment data is processed. 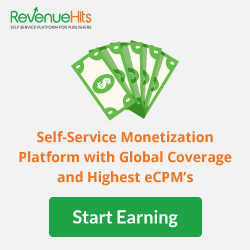